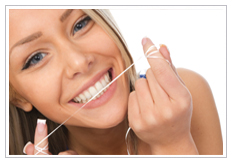 In any language, a smile is a generally understood symbol of mirth, gladness, and friendship. As a language in its own right, however, smiling indicates much more than just joy. Your smile is a subtle, yet powerful, social tool that conveys specific messages your words simply can’t express. From trust to confidence, the complexities of your smile play an important role in your social and professional life.

It’s All About Trust

It’s easier to trust someone who’s genuinely smiling than someone who’s surly and frowning. Smiling incites openness and cooperation, especially among strangers. Research suggests that people who smile often are generally perceived as more generous and altruistic. Economists have studied the effects of smiling on trust and its influence in the world of commerce. When trust must be established quickly and agreements made, a quick and efficient smile can help keep the ball rolling.

The thought of someone smiling after committing some transgression against you may not generate feelings of empathy towards the transgressor. Nevertheless, a study conducted by researchers at Boston College suggests that smiling generates leniency if you’re being judged. The study involved a case of possible academic misconduct, where subjects judged the case based on photographs of suspects. Though smiling suspects were not seen as less guilty than non-smiling suspects, those that smiled were judged less harshly.

The Smile of the Successful

Even if you’re not consciously trying to send a message with your smile, it can send messages of its own when you show it genuinely, and often. Numerous studies have highlighted the socially-contagious effects of smiling, and the simple act’s ability to brighten the atmosphere while making you appear more confident in the eyes of those around you. If you smile readily at friends and co-workers throughout the day, they’ll typically smile back. Compared to the absence of one, a confident smile can significantly improve your interactions with others, as well as your overall quality of life.

About Your Park Ridge Cosmetic Dentists:

Get a look inside Loukas Dentistry now!